The following questions were given in the CSS Gender Studies Paper of 2021:

Q2. Discuss in detail the autonomy and integration debate in gender studies has an important contribution to the development of the field of knowledge.

Q4. Marxist feminism is a philosophical variant of feminism that incorporates and extends Marxist theory and analyzes the ways in which women are exploited through capitalism and the individual ownership of private property. Discuss the development of Marxist/socialist feminism and the philosophical stance they hold to discuss gender issues and exploitation.

Q5. Psychoanalytic feminism is a theory of oppression, which asserts that men have an inherent psychological need to subjugate women. As elaborated, give a detailed analysis of the gender oppression and women’s subordination promulgated by Psychoanalytic Feminism.

Q6. Modernization Theory blames internal cultural factors for women’s subordination in the developing world. Discuss and elaborate the given statement in respect of Modernization Perspectives.

Q8. Despite the entry of women legislators into politics on a 17 percent quota in national and provincial assemblies, still, there are voices that “is Pakistan’s Gender Quota in parliament showing results”? Rethink and discuss that how quotas can lead to political mainstreaming of women in Pakistan. 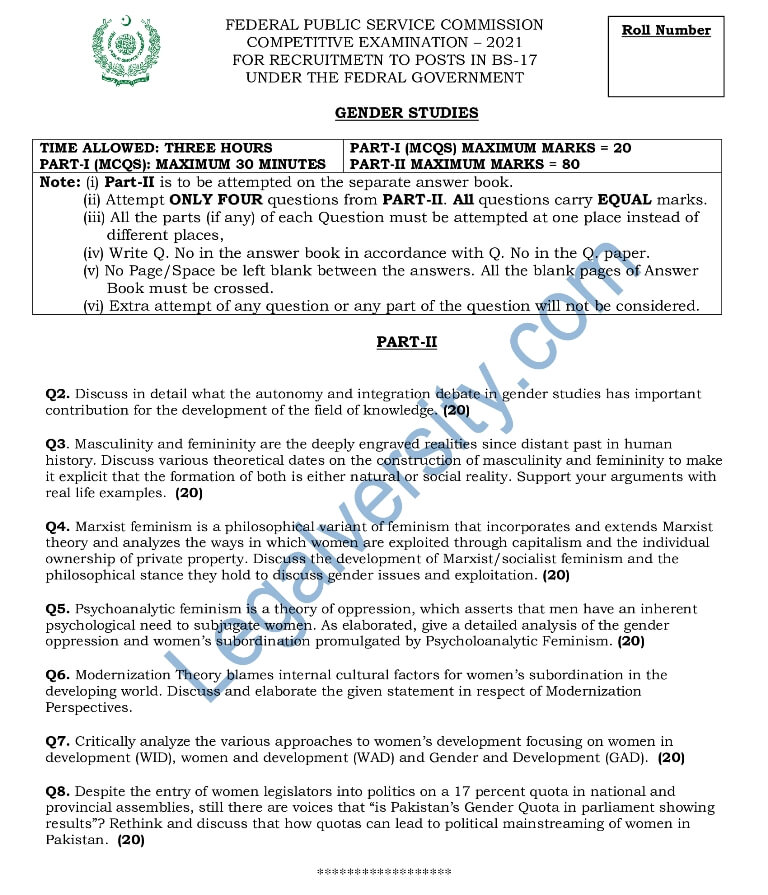