The following questions were asked in the PMS Political Science Paper-II:

Q1. “The Cabinet has assumed dictatorial powers in the British Political System”. Discuss the executive and legislative powers of the British Cabinet in light of this statement.

Q2. Briefly describe the evolution of different political systems in the world.

Q3. Critically analyze the powers and functions of the State Council of China.

Q4. Discuss the important features of the 1962 Constitution in Pakistan. How did this constitution strengthen the office of the President?

Q5. Explain the structure and powers of the Senate in Pakistan.

Q6. Describe the organization and jurisdiction of the Supreme Court of Pakistan under the Constitution of 1973.

Q7. Highlight the salient features of Behaviouralism given by David Easton.

Q8. Write a note on any TWO of the following: 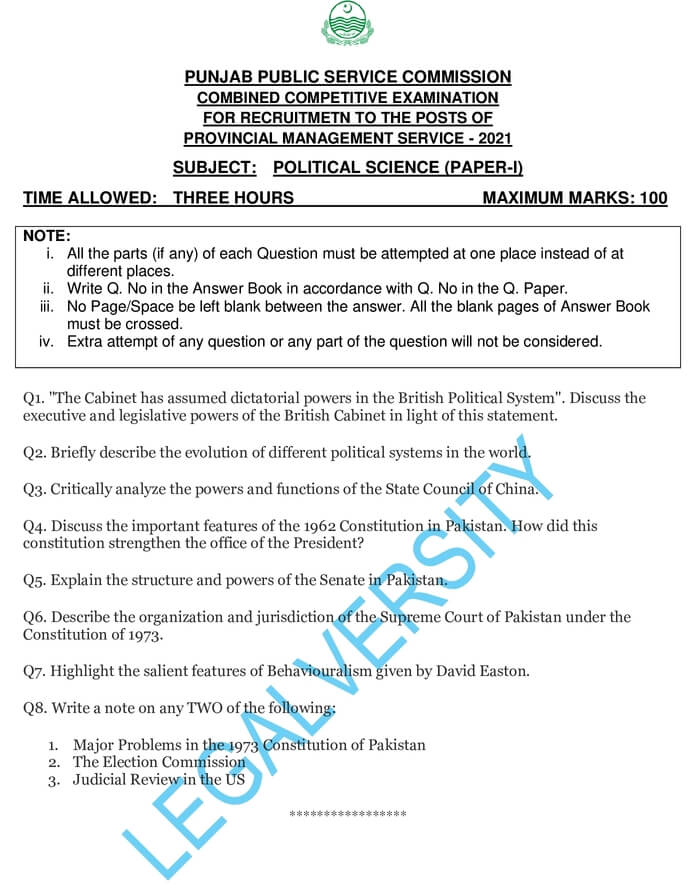 See Other PMS 2021 Past Papers