The following questions were given in the CSS International Law Paper of 2021:

Q3. Examine whether article 1 of the 1933 Montevideo Convention on the Rights and Duties of states is an accurate statement of the criteria of statehood in the modern context of international law.

Q5. Describe the role of the states in the enforcement of Public international law in general. Should the state be entitled to protect their interest directly or should it influence and strengthen the relevant international organs and treaty bodies for this purpose?

Q6. Do you think that the international court of justice (ICJ) is rightly called the world court? How is the jurisdiction of the ICJ established? Do you believe that the ICJ should have a more stringent “compulsory jurisdiction” rather than the procedure mentioned in article 36(2) of the ICJ statute?

Q7. Discuss in detail the structure of the united nations. Do you believe that the United Nations have the capacity to fulfill the goals of promoting a more united, peaceful, and free world? Explain your answer with logical analysis and examples supporting your arguments?

You can download this International Law paper of CSS 2021. 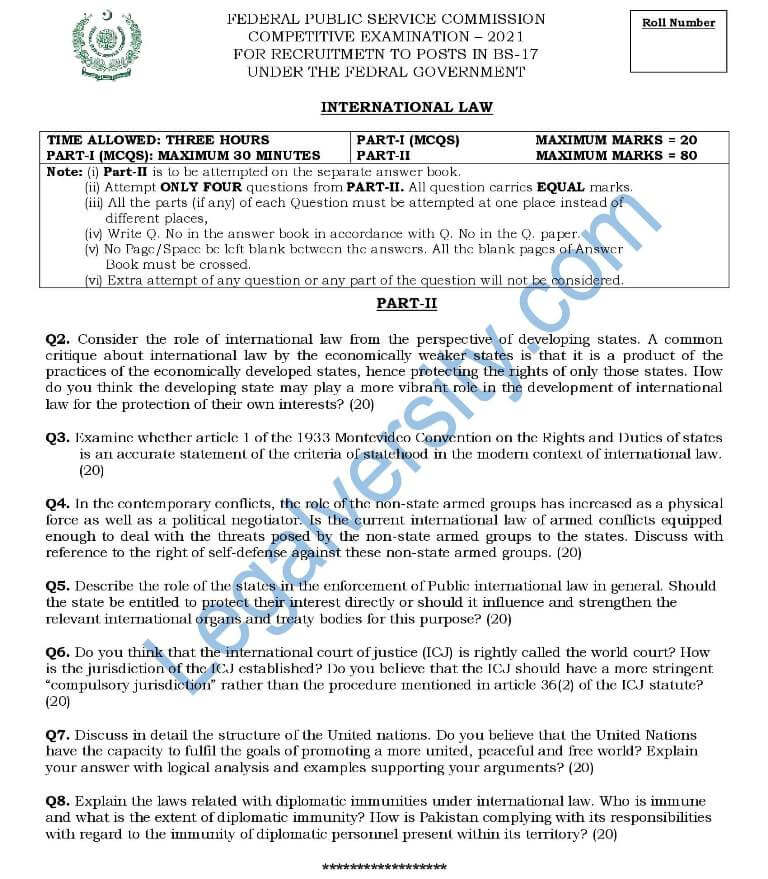