Q2. Elaborate upon the causes of Muslim’s success in India against the local Hindu rulers which greatly helped in the consolidation of Muslim rule in South Asia.

Q3. What was the Mongol threat to India and how far did the Sultans of Delhi succeed in repulsing them from the frontiers of India?

Q4. Analyze the Muslim politics in the Muslim majority provinces during 1940-1947 and its impact on South Asia.

Q5. Elaborate on the Charismatic leadership o Quaid-i-Azam Muhammad Ali Jinnah, particularly his efforts in the political mobilization of the Muslims in India from 1936 to 1947.

Q6. Evaluate the Centre-Province relations in Pakistan during 1947-1956 and its impact upon the Pakistan State and Society.

Q7. Critically analyze the fall of Dhaka, particularly the cause which led to the dismemberment of Pakistan in December 1971.

Q8. Critically analyze Pakistan’s relation with Afghanistan in the wake of the Pashtoonistan issue during the Cold War Era. 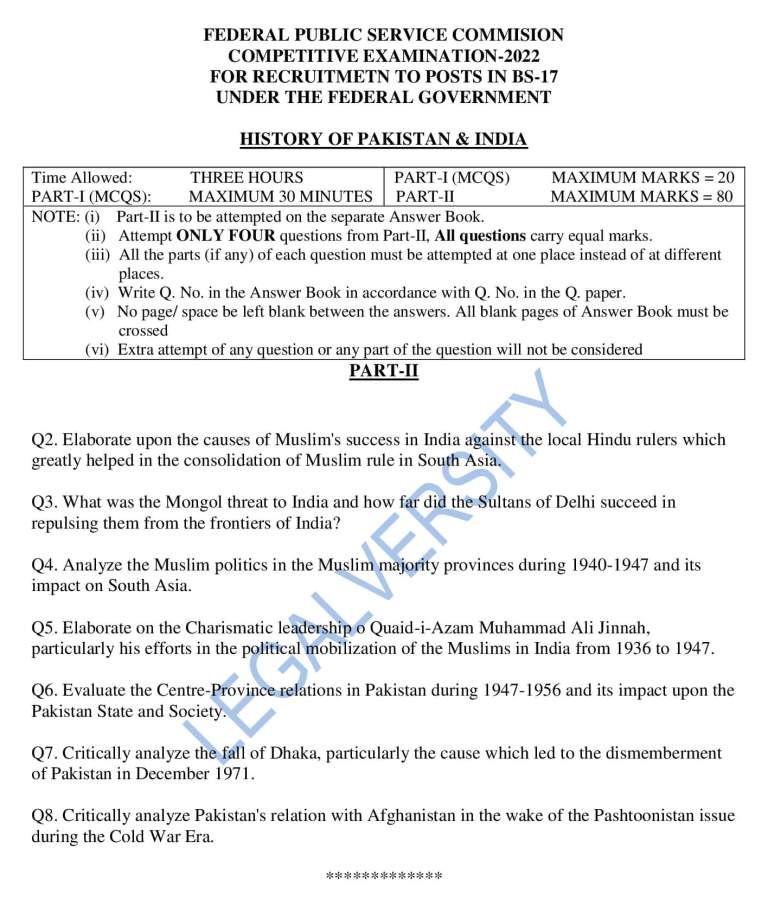 This is a complete CSS History of Pakistan & India past Paper 2022.