Q2. What do you know about Judicial Review? Explain in detail the landmark cases of judicial review.

Q4. Elaborate on the concept of separation of powers from a comparative perspective. i.e. UK., Pakistan, and the U.S. Critically analyze the system of checks and balances provided in the U.S Constitution.

Q6. What do you know about the Constitutional history of Pakistan? Discuss the judgments delivered in Begum Nusrat Bhutto V Chief of the Army Staff PLD 1977 SC 657 and Asma Jilani V Government of the Punjab PLD 1972SC 139. What is the impact of these judgments on the various organs of the State?

Q7. The Constitution of USSR 1936 is characterized by democratic centralism. Critically (20) analyze the relevant provisions of the Constitution paving the way to the said assumption. 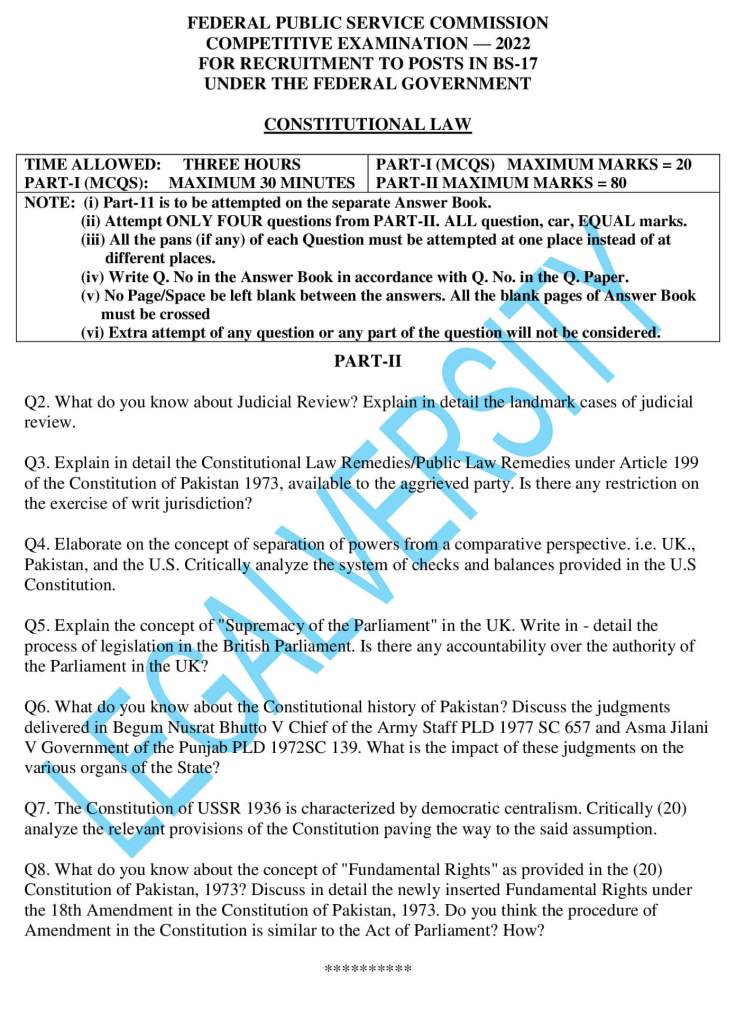 So, this is a complete CSS Constitutional Law past paper 2022.